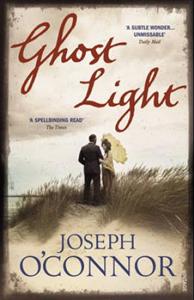 The synopsis from Adlibris reads: «Dublin, 1907. A young actress begins an affair with a damaged older man, the leading playwright at the theatre where she works. Many years later, Molly, now a poverty-stricken old woman, makes her way through London’s bomb-scarred city streets, alone but for a snowdrift of memories.»