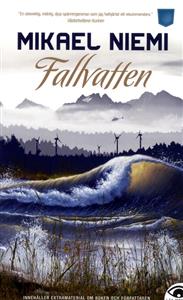 (Here is one I prepared earlier, i.e. last night:) This is not good. The diary seems to be stopping me from updating this reading log (would that be a rlog or a glog, I wonder?). I will try to improve the frequency, especially because this is going to have to be some post to get me up to date…

Hornblower… Finished the series. Thought once again what a pity it was that there are only 10 books. Reflected that I am glad there are 20 Aubrey/Maturin books (O’Brian), especially since they are infinitely better than Forester’s books, although there should have been more. There should always be more books, good ones, that is.

Read some more Sayers. Thrones, Dominations arrived, so I dropped everything to read that. Kjetil was a bit miffed, as he was visiting that week, and I became rather engrossed. Lovely book. I don’t think I would have noticed that it wasn’t all Sayers’ work if I hadn’t known (it was finished by Jill Paton Walsh), and also suspect that the bits I did wonder at were probably Sayers’ own. At least considering JPW’s statement that the majority of the letters she’s had saying “that’s not the way Sayers would have wanted it” actually referred to Sayers’ own passages.

And, of course, I’ve been reading No Logo. It really is highly recommended. Even if you don’t want to get involved in actual activism, and even if a boycott of all the brands that deserve being boycotted is virtually impossible (unless you start producing everything yourself), knowing why others become activists and exercising a little bit of consumer awareness when shopping is no bad thing. And if you think, as I vaguely did, that the main focus of the book is the exploitation of the “third world”, you really should read it. The main impression I am left with is that the so-called globalisation is not only an economic and ecological threat, first and foremost it is a cultural threat. Corporate thinking is taking over our cultural space. That can’t be good. Read the book!

On a lighter note, I got hold of India Knight’s (my favourite columnist) new novel, Don’t You Want Me. It is a vast improvement on her first, My Life on a Plate, and that is very good, so this is rockin’. The most enoyable parts of Don’t You Want Me are, in fact, the parts that are most like her columns, rants of various kinds on any topic that happens to be remotely related to the plot. There are also a couple of hilarious scenes when the main character takes her toddler to an extremely PC playgroup. I suspect, however, that the reason I liked it so much more than the first one, is that this has a perfectly happy ending of the “and they lived happily ever after” sort. I like happy endings.

The new job gives me plenty of bus-time to read. It makes up for the fact that getting to work now takes 45-50 minutes instead of 20-30. So I read Populärmusik från Vittula on the bus. Risky stuff, as it’s of LOL quality, and that sort of thing tends to startle the other passengers. Apart from being side-achingly funny, it is a very enjoyable book on many levels (though enjoyable might be the wrong word, it’s rather tragic in a way), and fully deserves all the attention that’s been lavished on it in the Scandinavian media lately (and how often does that happen?).

This weekend I read Arthemis Fowl, after having put it off for ages, thinking I probably wouldn’t like it much. I finally caved in (due to the “what to read while waiting for Harry Potter 5” hype), hoping to be proved wrong. Unfortunately, I wasn’t. It’s decently written, but suffers from a severe lack of likeable characters. People talk about Harry Potter being immoral and bad for children, well, what about a twelve-year-old criminal mastermind? How moral is that. Ok, so he loves his mother and he has a soft spot, preferring not to kill people (or fairies), but that really does not make him sympathetic. And the other characters aren’t much better. By the end of the story I was rooting for something to go wrong and blow up and kill everyone involved so the rest of the world could get on with it, and good riddance. NOT a book I will put on my “what to recommend to children (of any age)” list (notice that I have NOT linked to this book).

This Saturday saw me on the prowl for more Saxegaard books, and I had amazing luck at one of the second-hand book-shops at Majorstua, where I found the last Ina-book, Ina og Ingolf (which means I’m now down to missing only four Ina books to complete the collection). Obviously, that’s what I read Saturday evening.

I’m sure I’ve left something out, this doesn’t actually seem like a lot for one-and-a-half month’s reading. I’ve watched a lot of television, though (bad girl!), and I’ve read at least one trashy romance of average quality (no, I’m not going to tell you the title, there’s no point, they’re pretty much all the same anyway).

Right now I’m in one of those “too many books at once” moods, where I have a hard time settling down to one book, because there’s so many others I’d like to be reading at the same time. Consequently, I read a chapter of one and then swap to another one and then back and then to a third, and sometimes end up just turning the television on instead (which is quite stupid, really, as that’s just going to postpone the finishing of the books further). Anyhow, I am currently in the middle of the following:
Two Feet, Four Paws, the travelogue by a girl, Spud, who, with her dog, Tess, walked the coastline of Britain in order to raise money for Shelter. Very enjoyable, though I have not yet come to Scotalnd, which was what I was looking for when I bought the book (trying to read as much about Scotland as I can before I go in September).
The Port-Wine Sea, by Susan Wenger, fellow O’Brian fan and member of the Gunroom – the book being a parody on the beloved series. Immensely satisfying.
Hele verden er min, Annik Saxegaard – another of Saturday’s finds.
Big Chief Elizabeth, by Giles Milton, is reminding me why I so seldom read history. Despite being avidly interested in the subject, I tend to find “proper” history books too heavy going (remember I do a lot of reading on the bus and such places), on the other hand, “popularisations” like this are just too lightweight – I keep looking for more depth, more source references, more detail, more critical reflection (not PC condemnation of anything resembling racism and sweeping generalisations).
Sangen om den røde rubin (Song of the Red Ruby), Agnar Mykle – as mentioned above, I’m only a few pages in, though, so no opinions to vent yet.
Those, as well as several others, including Min son fäktas mot världen by Björn Ranelid, which I stranded in half-way through sometime around Christmas and still really want to finish (I was enjoying it before I got stuck), but can’t quite work up enthusiasm for. We’ll see. I’ve also got the Chaim Potok biography by Abramson on the table, and I want to get started on it in order to write a proper Potok page for the bookshelves – there is very little good information on Potok on the web, and I feel I ought to at least try to remedy it somewhat.

Updates will (probably) follow once any (or all) are finished.