After How to be a Woman I have a bit of a crush on Caitlin Moran, and so The Chronicles of Narmo was an obvious purchase when I managed a few minutes in a book shop in London. It’s a short novel, written when Moran was just fifteen and based on her own family’s (mis)adventures.

It’s not a brilliant book. As a narrative it only works haltingly and there isn’t much of a plot, really. Where it excels is where Moran still excels, in the clever turn of phrase. It is what makes the book worth reading.

In order to reach the Earth, the Sun has to travel eighty million million miles, across the universe, through the atmospheres and magnetic pulls of countless planets; it has to seep its way through clouds of stardust twelve thousand miles thick. It plays leapfrog with time and has a neat little party trick of standing where it was eight and a half minutes ago. And still – after all this exertion – it still had the energy to struggle through the yellowing nets and purple nylon curtains of Bill and Carol’s bedroom, and wake them up.

(P 48) Not entirely accurate astronomy-wise, perhaps, but still rather lovely. 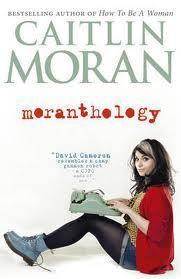 Having loved Caitlin Moran’s How to be a Woman, the only logical consequense was to read Moranthology as soon as I got my hands on it. Moranthology is an anthology, with comments, of selected columns Moran has written for The Times, and the subjects range from big hair and gay moon landings to the welfare state and the eurozone.

As with How to be a Woman, Moran is both profound and side-achingly funny, quite frequently at the same time. Her explanation of why she loves to pay tax is spot on, as is the piece on why a pregnancy, especially an unwanted one, is not ‘a gift’.

In short, I loved it. Read it and learn. Or laugh. Or, even better, both. 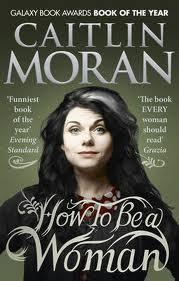 Let me just start off by saying this book should probably be mandatory reading for all teenage girls – and it wouldn’t exactly hurt if the boys read it too. In fact, I’m considering purchasing a couple of copies for the library at the lass’ school, and don’t be surprised if I start giving away copies to friends’ daugthers.

Which is not to say you don’t need to read this book if you’re past your teens. Every woman of every age could do with reading it, and you men? If you are really interested in «understanding women» then this book will definitely help.

Caitlin Moran has written something which is a cross between an authobiography, a feminist pamphlet, a stand-up comic’s script and a rant. And she has done it in such an eminently readable way that reading it is pure, unalloyed pleasure.

I have a rule of thumb that allows me to judge – when time is pressing, and one needs to make a snap judgement – whether some sexist bullshit is afoot. Obviously it’s not 100 per cent infallible but,  by and large, it definitely points you in the right direction.

And it’s asking this question: ‘ Are the men doing it? Are the men worrying about this as well? Is this taking up the men’s time? Are the men told not to do this, as ‘it’s letting the side down’? Are the men having to write bloody books about this exasperating, retarded, time-wasting bullshit? Is this making Jeremy Clarkson feel insecure?’

Almost always the answer is ‘No. The boys are not being told they have to be a certain way. They’re just getting on with stuff.’

Men are not being informed that they are opressing other men with their comments. It is presumed that men can handle perfectly well the idea of other men bitching about them. I think, on this basis, we can presume women can cope with other women being bitchy about them, too.

Now, there are things Caitlin Moran says I don’t agree with, but not very many. I’m with her on the high heels (just don’t), I’m with her on the muff (and pretty much on the hairyness issue altogether) and I think she has a pretty shrewd analysis on why a lot of women overeat as an addiction, just to mention a few.

In short, read it!

For more quotes and Morany goodness in general, check out Fuck yeah Caitlin Moran on Tumblr.