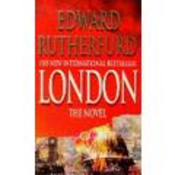 I’m finally done! And the reason it took so long is really none of Rutherfurd’s fault (well, except in writing such a thick book, though I’ve read worse), but simply because life, really.

Anyway, I liked it. I felt I learned quite a bit, which is nice, though I must admit my head is not made for remembering dates, so I got confused several times and had to search backwards to a page with a date on it. Several people on Goodreads have complained that since it spans such a lot of time and events there is no time to get to know the characters, but I found that to be a minor problem – and I do tend to dislike being rushed on to a new set of characters just when I’ve gotten interested in the present set. This is why I’m not a major fan of short-stories. But Rutherfurd’s trick is to stick to a few families, and to give them somewhat hereditary traits – not just physical, but also of temperament – so that one the whole you can tell from the name of a character whether he/she will be a «hero», a «villain» or someone bumbling but generally well-meaning for example. Well, towards the end the families intermarry and intermingle and it all gets somewhat complicated, but by then I was hooked anyway, and there was still a sense of «I will root for you since your grandfather was so nice» or perhaps «I will root for you since your father was so shitty».

I had one small, but niggling quarrel with the book, though. I may have mentioned that I’ve learnt pretty much all the history I know from novels, which makes this a perfect fit. And more than anything, I love the little daily-life details. The «how a Roman forged coins», for example. Interesting stuff, I tell you. But I need to trust the author, I need to believe he (or she) knows what he (or she) is talking about. And therefore passages such as this one throws me:

But Dame Barnikel was happiest of all when she was brewing ale, and sometimes she would let young Ducket watch her. Having bought the malt – «it’s dried barley,» she explained – from the quays, she would mill it up in the little brewhouse loft. The crushed malt would fall into a great vat which she topped up with water from a huge copper kettle. After germinating, this brew was cooled in throughs, before being poured into another vat.

(Page 524) Except barley (or any grain) won’t germinate after it’s been milled. In fact, «malt» isn’t dried barley, it’s barley that has germinated and is then dried, and there is a crucial difference. «Dried barley» is just a grain whereas the germination means the «malt» is bursting with sugars which is what the yeast later feeds on in the process that actually makes alchohol. What happens after you mill is quite rightly that you add hot water to the «coarse flour» (called «grist»), but that water is meant to extract the sugars (and partly set off enzymes that convert even more of the starches into sugars to be extracted, if you want to get really technical) in a process called mashing.

And I know it’s a very, very small detail and not at all important to the story, but it grates, and it makes me wonder where else he’s tripped up and which details I now think I’ve learnt turn out to be less than accurate.

But let’s return to happier thoughts, because I really did like the book, and end with a quote which is really a much better representation of Rutherfurd’s skill:

And so with confidence he could give his children these two important lessons: «Be loyal to the king.» And perhaps profounder still: «It seems that God has chosen us. Be humble.»

By which, of course, he really meant: be proud.