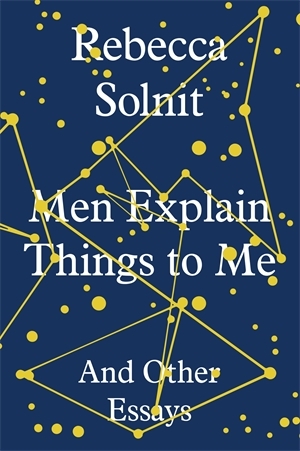 It was a given that I’d be interested to read the essay that has been credited with the origin of the term «mansplain», you don’t have to hang around on Twitter for a very long time before the term and it’s definition(s) becomes highly relevant. So I started Solnit’s Men Explain Things to Me with the highest expectations, and to some extent they were fulfilled.

The title essay is excellent, if frustrating, you wonder how the author got through the situations described without beating Mr. Very Important (both I and II) about the head with the nearest piece of furniture (not that I’m advocating violence). Solnit reflects not just on this tendency with some men to assume that women know nothing, but also on how this affects women’s position in society. In the postscript she sums up how the essay went viral, its relation to the term «mansplaining» and how she’s not comfortable with that term. However, she also touches on how any attempt to point out this phenomenen – whether you call it mansplaining or not – tends to bring out men who will explain that this is not an example of mansplaining or that women do this too and in general mansplain the mansplaining. Which can be hilarious, but also frustrating.

And it’s not that we don’t want people (whether men or women) to explain things. As Solnit says:

(Page 14) The rest of the essays are also very readable, with a possible exception of the penultimate one (Woolf’s Darkness) which seemed very disjointed to me, but I may have been tired at the time.

Not really related to the writing, but definitely related to the readability, I wonder how the editing decision to intersperse the text with quotes from the text – magazine-like – was arrived at. I dislike it in magazines, in books I fairly hate it. Even worse in this particular book, where the majority of the quotes are placed in such a way that they physically break a sentence apart, even – in at least three instances – words. 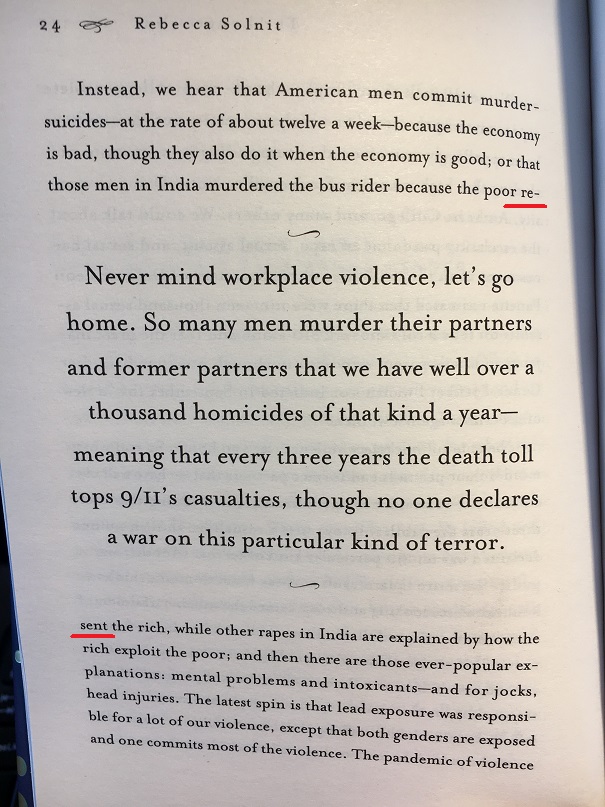 Anyway, I guess I’d reccommend this book. But do try to find an edition without the annoying quote layout.

For your amusement (or today’s reason to bang your head against a wall, perhaps) I present you with the winner of this week’s ‘having mansplaining mansplained’ award: 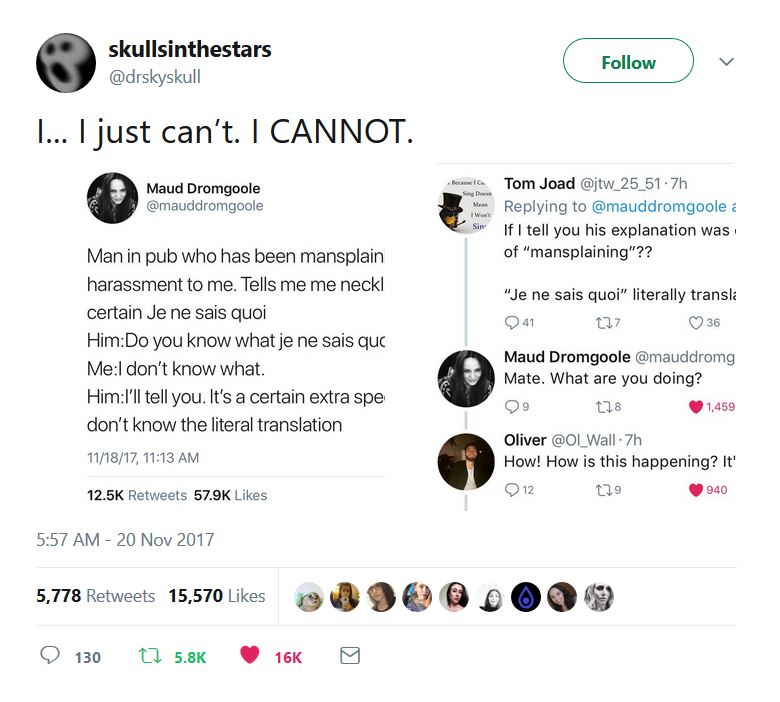