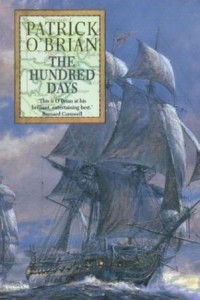 In which we almost startle people.

Odd. Tried posting something yesterday, but it doesn’t seem to have worked.

(Spoiler in the extended entry)

Ever seen the Nokia ad with the girl watching a horror movie on her mobile on the bus? I had a bit of a moment like that this morning on the tram. I’m getting close to the end of my reread of Patrick O’Brian’s Aubrey/Maturin series, with only a few pages left of The Hundred Days and at the line «(…) caused the twenty-four pound ball to strike the second gun of the Surprise’s starboard broadside, killing Bonden, it’s captain (…)» I very, very nearly screamed. I had completely forgotten this. You can’t KILL Bonden, for all love! Which, it is not fair! And POB being dead (RIP), I can’t write him an angry letter, either, to vent my frustration.

Sorry about the spoiler. I’m not sure I can write this blog without them. I might need to put a warning in the title/description – Spoilers galore! or similar.