I’ve finished block one of the Leanne’s House BOM, and received two more in the mail, so a bit behind, but not too much. I still haven’t purchased additional fabric, and that is the main reason why I haven’t started block two, as I really want to start introducing my additions as I go. In any case, there really isn’t much time for non Christmas-related creating in December, but I hope to be able to sew a bit over the holidays, so I need to go shopping at some point. 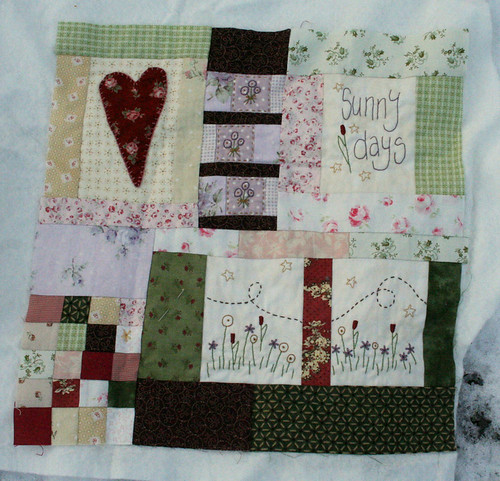 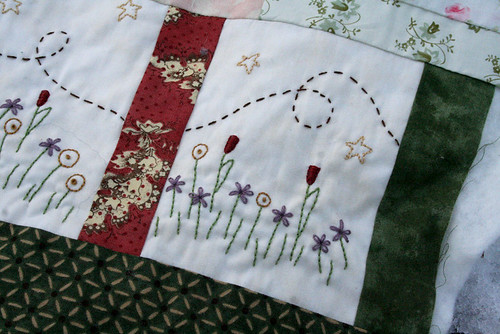 I had a short length of thread left in the needle when I’d finished the stars. It was too short to be worth keeping, but it seemed a pity to just throw it out, so I added a lazy daisy in one of the checkerboard squares. I rather like the effect, so I think I might add some more, and do the same in the other checkerboard sections. 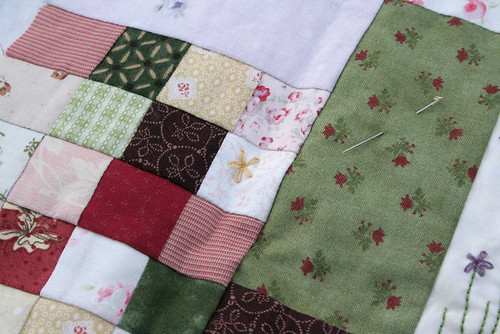 One thought to “Block one done”