To start with, let me just say that though I’ve been craving a dedicated crafting space for years, I had no idea how ridiculously happy it would make me. I’ve been sewing today – in my new Dedicated Crafting Space – and every so often I would pause and just… savour the feeling. I’m either mad or just counting my blessings.

Anyway, this is what it looks like when I’m in the middle of something:

Furnishingwise I’ve mostly been working on details today, figuring out what goes where on the shelves, hanging another picture and so on. Some details, therefore:

The top print is from The Black Apple on Etsy, and was purchased about a year ago, I think. I’m thrilled to finally have it up on the wall. It’s been languishing in its shipping envelope since it arrived, as I really had no place to hang it, but I just had to have it anyway. The quote, by the way, is attributed to Morrisey. The bottom one is also from Etsy, from Industrial Fairytale, and arrived only last week – and it’s still available, so if you want one for yourself, go get it!

I’m liking the way this is working out so far, the plan is still to fill the wall with book-related prints and such. I’m expecting to stick to black frames to create some sense of order, and I’m also expecting to take my time filling the space, waiting to find pieces that I really love instead of falling for the temptation to buy things just to fill it. I also know I have several things in boxes and such that might work.

The frames are Ribba from IKEA, and the one problem I’ve discovered so far is that the passepartout in these are for A4, whereas the prints, naturally, are American letter size. If you click one the images to get a larger version you can probably see that there is a gap on either side of the print. I’m going to have to get new passepartouts done, in other words, but in the meantime this will have to do. Having them on the wall makes me happy, gap or not.

Another detail to note is the lovely little pillow, which is from Syko. I’ve been a faithful reader of her blog for quite some time, so I had to have one of her creations – I also bought her book, Scandinavian Stitches, which is quite wondeful.

The curtains, by the way, are moving into the lass’ room when we get a rod up in there, and I’m making new ones for this room. If she ever “grows out of them” though, they might well be moving back, since I’m still as much in love with them as I was when I bought them before she was born.

It should come as no surprise that I like reading. And books. And any art that involves either is immediately interesting to me.

For the hobby-/guestroom we had planned to get a Hemnes daybed from IKEA, furbish it with proper mattresses and quite a few pillows and a good reading light, so as to cater for guests (hence the essential “good mattress”) and reading (pillows and lamp, though the essentialness is a bit overlapping, obviously). The nice people of IKEA decided to have a 30 % sale on Hemnes this week, so we now have one Hemnes flatpacked on the floor, waiting for this weekend when we plan to move the lass into her new room, thus freeing up the space in the would-be guestroom.

Over the daybed, I’m planning to frame reading related “things”. I have som old (well, late 90’ies) ads from Waterstone’s (that I just LOVE), and I have one or two prints purchased off Etsy. I would like some more of the latter, though, so today I’ve been browsing, and tomorrow, once I’ve had time to consider which ones I really like the most, I’ll be putting in a few orders.

Here are some of the ones that immediately appealed to me: 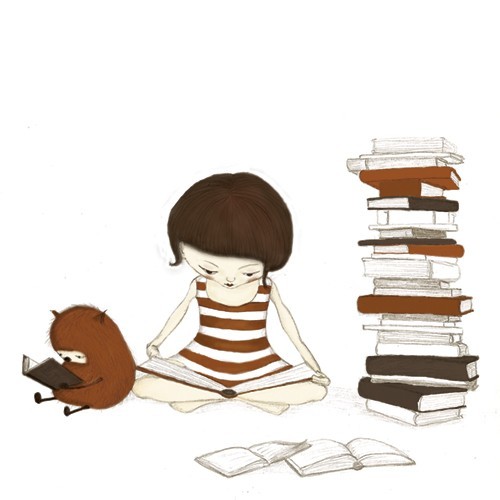 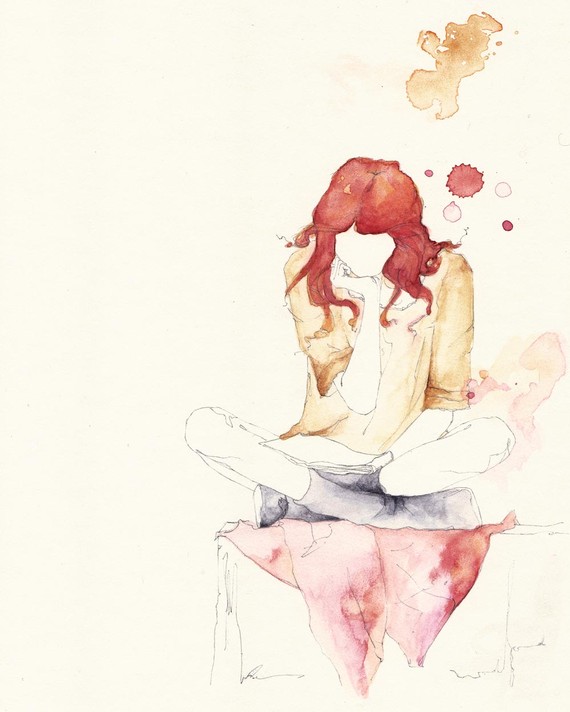 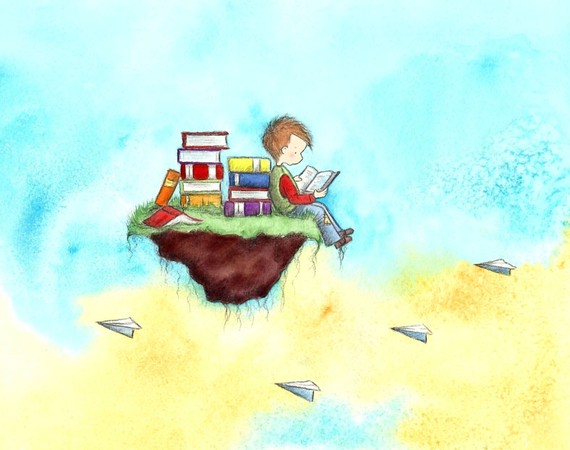 “The boy who liked to read” by TheExtentofSilence 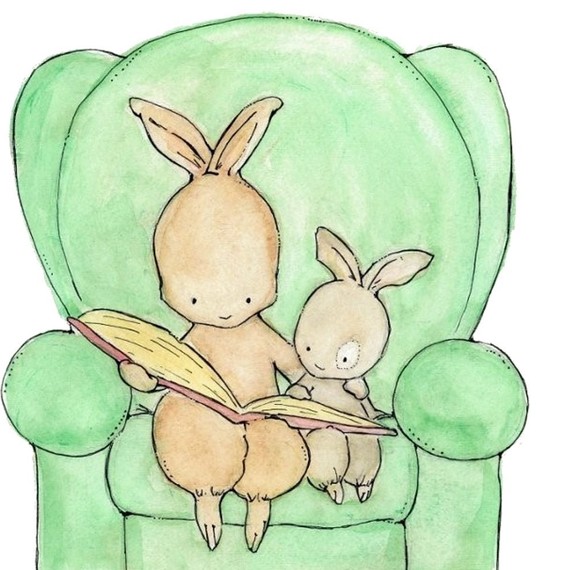 “One Story More” by trafalgarsquare 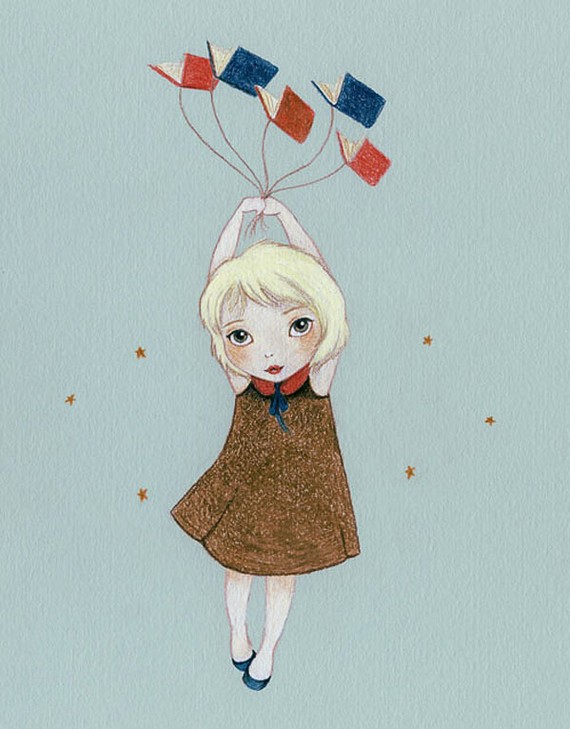 “Books can take you anywhere” by TheLittleFox

“Reading is rad”/”Girl in green socks” by Artisjustfrozenmusic ( Carla Thursday)

Since it’s expected that the lass will use the space as well as us “grown ups”, I quite like the idea of mixing the styles a bit, rather than sticking to a more coherent collection. Since they have a common theme, I think they’ll work together anyway.

Have you seen any reading-themed illustrations lately? Please let me know in the comments, I’d love to get some tips for more candidates.

I’m in the middle of a new quilt project (pictures to come) and needed some input on sizing, so I thought I’d do an Etsy search to see what other people have done. And boy, have they. Done things, I mean. I was expecting drool-worthy stuff, I must admit, and I was not disappointed. Here’s a selection, saved for future inspiration:

Two new friends moved in with us yesterday. First off: Nigel the Annihilator.

The lass promptly pronounced him a “løwe” (lion) and insisted on dressing him in the monster hat that I also bought. It didn’t really work as a hat for him as she couldn’t get it to cover his ears – very important – without also covering his nose, but she was quite happy when she found it could be used as “bosse” (trousers, though sleeping bag would be more descriptive of the effect).

I’ve been admiring the work of Happycloud Thunderhead (etsy and blog) for a while, and was thrilled to have actual specimens in my hands. I suppose it’s a little late for Christmas shopping now, but surely you can find an excuse to buy a monster in 2009? Go shop!

The second new member of the family is someone I’ve coveted quite shamefully for some time, namely Doyle the Bat from Soto Softies (I’ll snap his portrait later). He’s being kept well out of reach of the lass’ hands for the time being, but I’m smitten like a very smitten thing indeed. I did, in fact, consider bringing him to work with me.

They are both the results of a very limited shopping spree I indulged in as a sort of reward for landing myself a (fairly well paid) permanent job (and in the middle of the financial crisis to boot). In fact, this is pretty much the extent of the shopping spree, the only additional thing being a digiscrapping kit or two, amounting to less than 20 dollars, so I’m feeling very restrained.