I spent the weekend alone, having sent the husband and the lass off to Hitra in order to get some peace and space to tidy/clean/organise at home to make the change from a crib to a “big bed” possible in the lass’ room. It was a busy weekend.

Saturday morning, however, I took some time out to visit an exhibition whose flyer has been on the fridge since I picked it up last June. Recycling the Looking Glass – Trash Art – Found Objects – I thought it was at Kunstindustrimuseet and went there first, however, it was at Trondhjems Kunstforening. To be honest, it was kind of disappointing. There were a couple of good pieces though. I liked this: 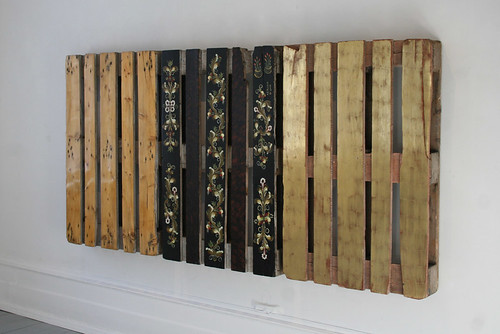 Which I think is by Vigdis Haugtrø & Johannes Franciscus de Gier  and called Triptyk, though the information sheet was only partly informational, so I might be wrong. There was also a video of leaf-cutter ants with pieces of paper with various international symbols interspersed with the leaves, which I’m pretty sure was Coexistence by Donna Conlon (and in fact, Google has just confirmed this – the portfolio page describing the video is here). Anyway, that was good, too.

After seeing the trash, I went back to the Nordenfjeldske Kunstindustrimuseum to see their exhibit, which was a showcase of their acquisitions over the last two decades.

Just around 1989 when this sculpture by Chuck Wissinger was made, my brother was dinosaur mad. He would have loved it. I rather like it now. 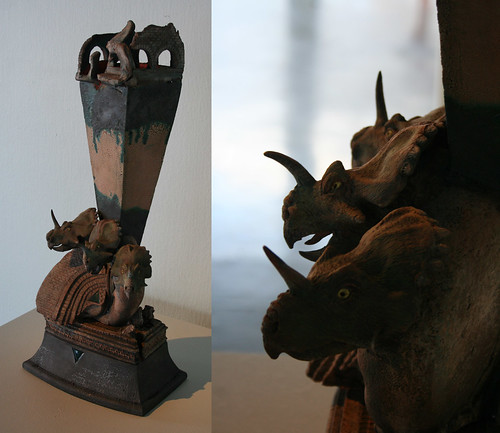 The Tea Set by Ken Eastman fascinates me. 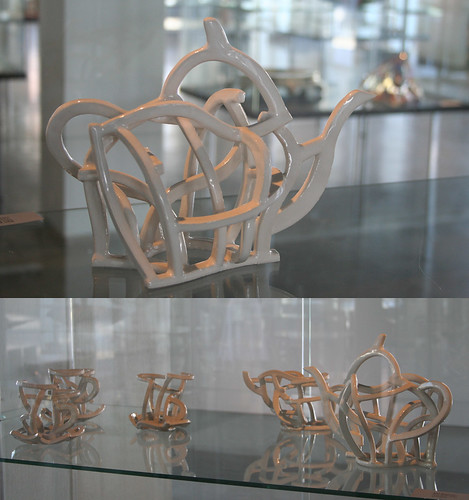 And I wouldn’t mind a full set of plates by Paul Scott. 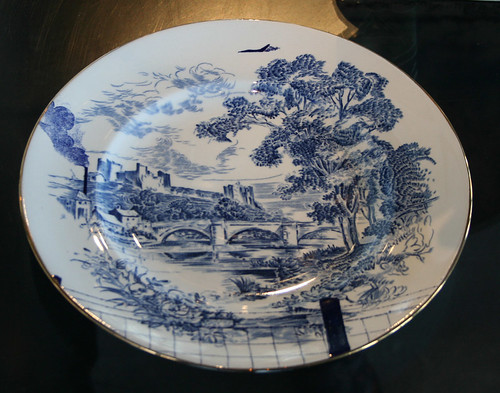 The latter, however,is the only piece which really comfortably fits the “decorative arts” tag for me. As Wikipedia says “some distinguish between decorative and fine art based on functionality” – I do. The plate, therefore, pleases me more. But I do like the tea set.